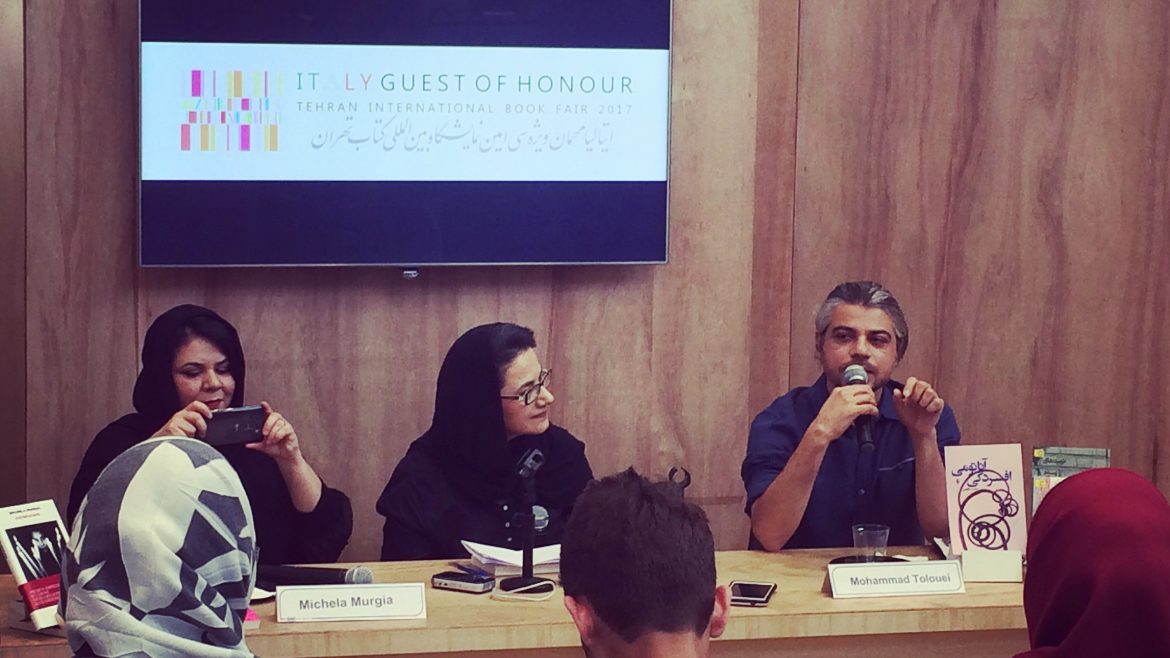 Mohammad Tolouei and Italian writer Michela Murgia had a speech in a joint panel, titled “The Future and the Problem of Technology”  held by the Italian pavilion, special guest of the 30th Tehran Book Fair.

During this session Tolouei highlighted the role of literature as the true savior of man in modern era where he has been downgraded by technology. Michela Murgia, however, appeared as the defender of technology and its benefits for human welfare.

The Tehran Book Fair is annually held in Aftab City near Tehran in May.

Lecture on Literary Republic of Mediterranea at Sabir Fest

Mohammad Tolouei is going to make a speech at the 2015 Sabir: Mediterranean Cultures Festival, Italy, on ‘The Literary Republic of Mediterranea’.

Every year thousands of people from the countries of Africa and the Middle East attend the festival. SABIR, the title of the project, is meant to recall the Mediterranean tradition. Sabir, also known as the lingua franca of the Mediterranean, was a pidgin idiom spoken in all the ports of the Mediterranean, from Middle Age to the end of the nineteenth century. Sabir included words from many Mediterranean languages. It was an auxiliary idiom that helped merchants to communicate among them.

with the presence of Mohammad Toloeui and Giacomo Longhi

Location: [see on map]
monte di pietà, sala sud – Monte di Pietà, Via XXIV Maggio
۹۸۱۲۲ Messina ME, Italia
Recent Posts
Login to MOHAMMAD TOLOUEI
Reset Password
Enter the username or e-mail you used in your profile. A password reset link will be sent to you by email.