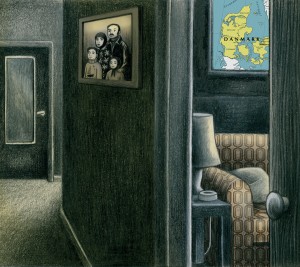 Made in Denmark [Italian]

Anatomy of Depression Released in Persian

Mohammad Tolouei’s recent novel, Anatomy of Depression, hits Persian book market. Anatomy of Depression is Tolouei’s fourth book of fiction for adults, after Fair Wind’s Prey, I’m Not Janette, and Lessons by Father. Composed of three episodes, namely ‘The Wandering Train,’ ‘Doors of Perception,’ and ‘The Suspension Bridge,’ it accounts hard times of three characters who affect each… 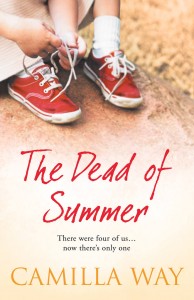 The Dead of Summer

The Dead of Summer Writer: Camilla Way Translated to Persian by Farideh Ashrafi Published by Iranban 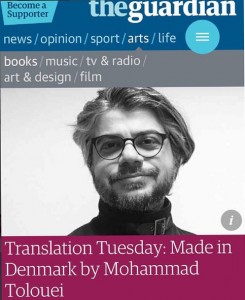 A story by Mohammad Tolouei in The Guardian

Family tensions bubble over as a father attempts to convince his wife and children to leave Iran for Denmark, in this short story by Iranian writer Tolouei By Mohammad Tolouei for Translation Tuesdays by Asymptote, part of the Guardian Books Network ‘Made in Denmark’ is the title of a short story originally published in ‘Lessons… 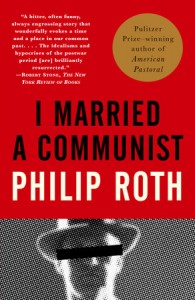 I Married a Communist 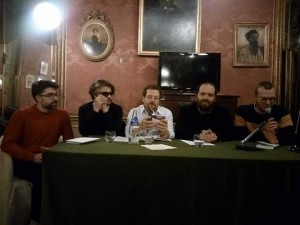 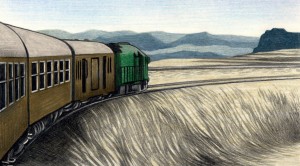 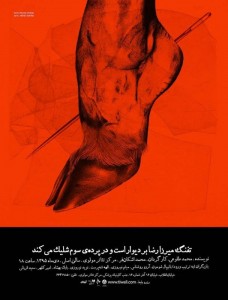 Written by Mohammad Tolouei, “Mirza Reza’s Gun is on the Wall and Will Shoot in the Third Act” will be staged in January 2017 for twenty nights at Molavi Hall of Tehran. The play is directed by Mohammad Ashkanfar. Get the tickets from Tiwall: 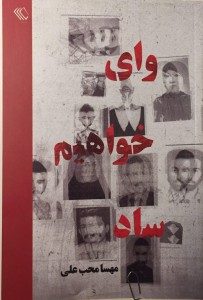 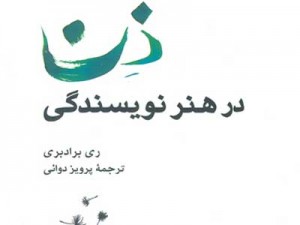 Zen in the art of writing

Zen in the Art of Writing: Written by Ray Bradbury Persian Translation by Parviz Davaei Jahan-e-Ketab, 1392 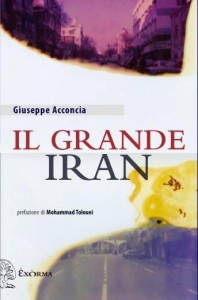 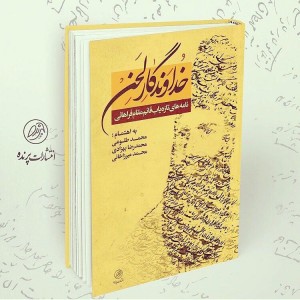 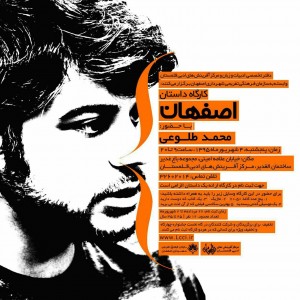 A  one-day workshop of story writing will be held with Mohammad Tolouei in Isfahan on September August 25. 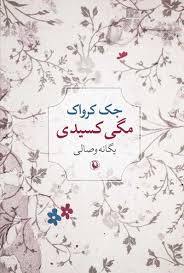 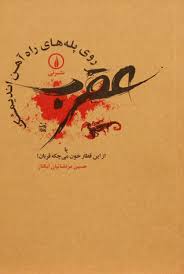