The collection traces narrator Mohammad Tolouei’s life with focus on the tension in the father-son relationship. His father, an idealist yet opportunist dreamer is a failed social climber who once ends up broke and heartbroken in a madhouse. The narrations oscillate between his past and present – now a bald round belly old man visiting his son who’s now a professional storywriter. As the stories move on, we feel that they have find a way to reconcile and accept each other the way they are.

“Summer 84” is a magic tale Father relates, when asked about his memories of Iran-Iraq, of how his train gets lost in the deserts of Iran with all the soldiers vanished except for him and a nurse. In “Made in Denmark,” the narrator contemplates over a piece of photo taken before the family’s immigration to Denmark which never took place. In “Saving Cousin Koli,” Father Zia and brothers plan to help Koli escape the jail that ends in Koli’s mysterious disappearance. N after thirty years Koli is back to Iran to disclose the truth about the flee. In “Cousin Farangis,” we learn that Zia and Farangis had been old lovers before his marriage; the shadow of Farangis has always haunted his matrimonial life driving mother to the state of devastation and sorrow. In “Hazeover,” Mohammad, now a writer and addict, has to host his father during Ramadan. He recalls university years, his secret temporary marriage to a young widow living across the dormitory, and the day he saw father downstairs Golnar’s apartment. In “The Diamond Ring,” Zia takes Mohammad to a desert camp in order to watch the diamond ring together during which the father-son conflict is risen to climax and ends up in a kind of reconciliation. 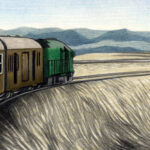 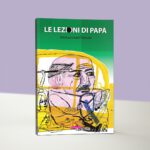 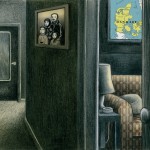 Made in Denmark [republish] 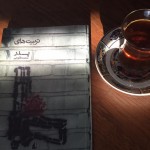 'Lessons by Father' travels to Najafabad