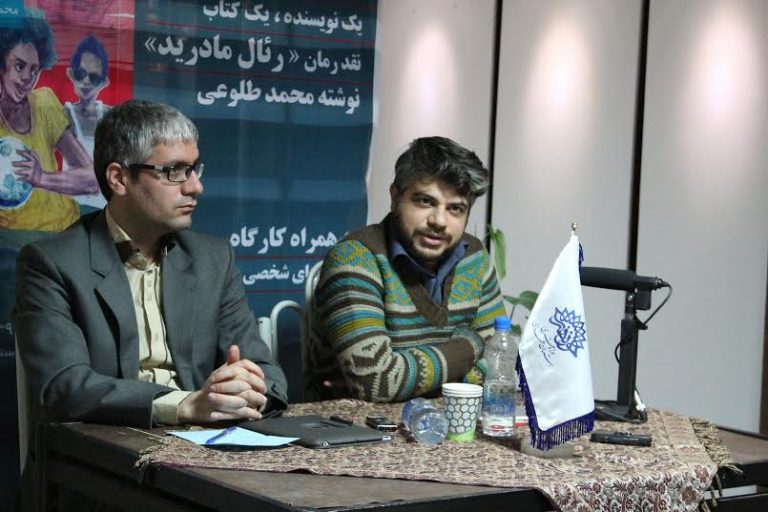 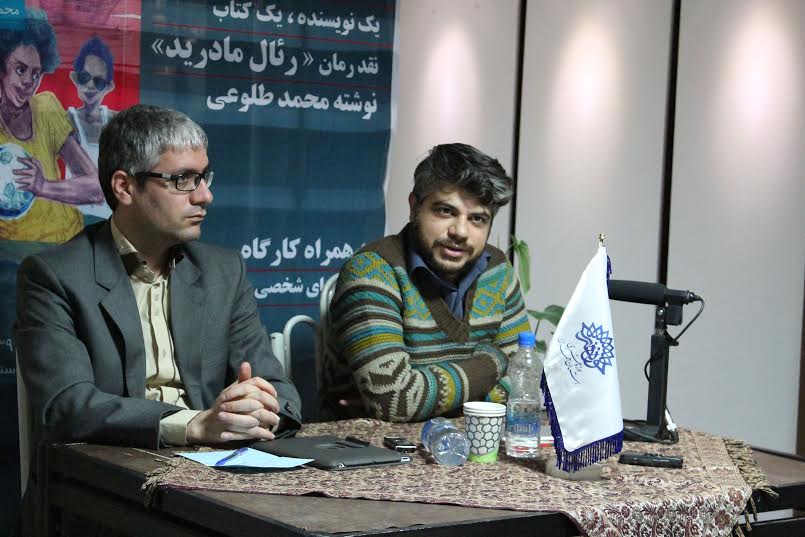 On the first day, Tolouei recited a chapter from Real Madrid for the audiences which was followed by their criticism and viewpoints on the plausibility of events and narrative features of the novel.

A day after, Tolouei made a speech in the House of Novel on his personal experience of novel writing. “I prefer to talk about the deadend of writing rather than writing itself,” he remarked, recommending Alain de Botton’s Consolations of Philosophy as a book which helps the writers to face their failures.

Sources of inspiration was another key lead in his speech. Writers often mke use of two types of first-hand and second-hand experiences for writing their works. The first is what you experience with the totality of your spiritual and physical forces, and the second is what you perceive not as your personal experience, but mediated towards you through film, fiction, music, etc. The professional writer learns to make a balance between the two types of experience, he added.

The writer’s word power and frequency of applied vocabulary, the two poles of maximalist and minimalist writing, personal style of writing, and the necessity to read old literary texts were other subjects Tolouei discussed during the session Autodesk Entertainment Creation Suite 2016 Ultimate cheap with members of Hamadan’s House of Novel.